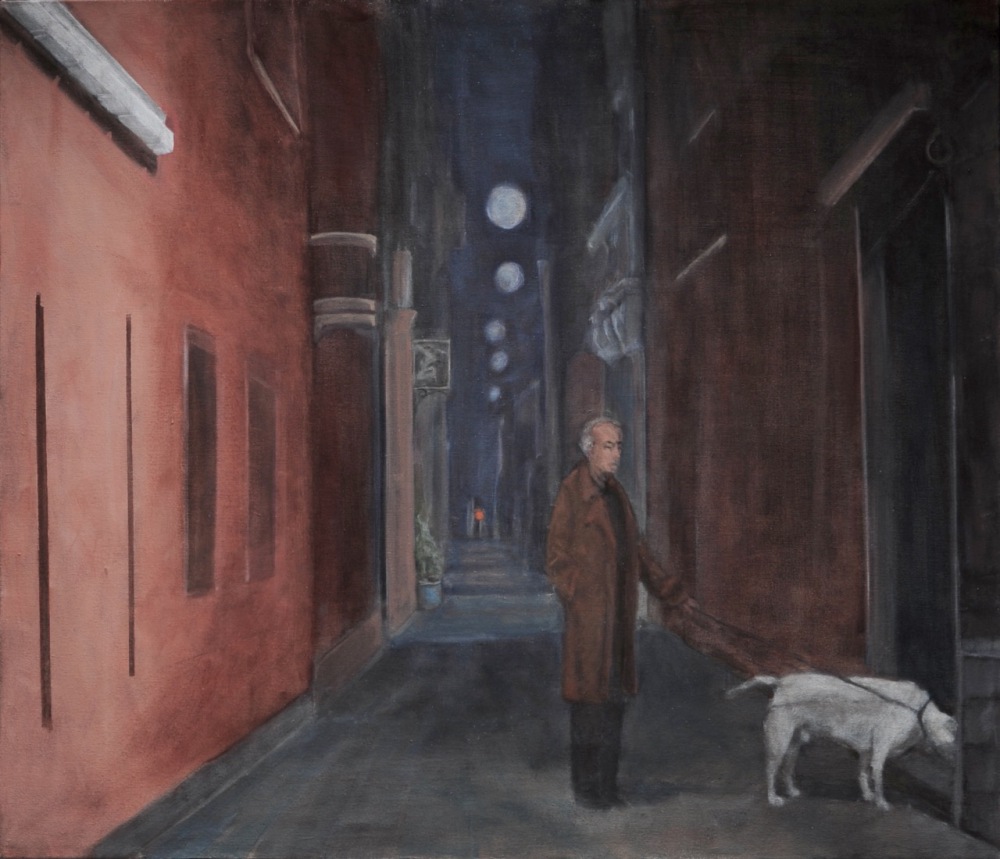 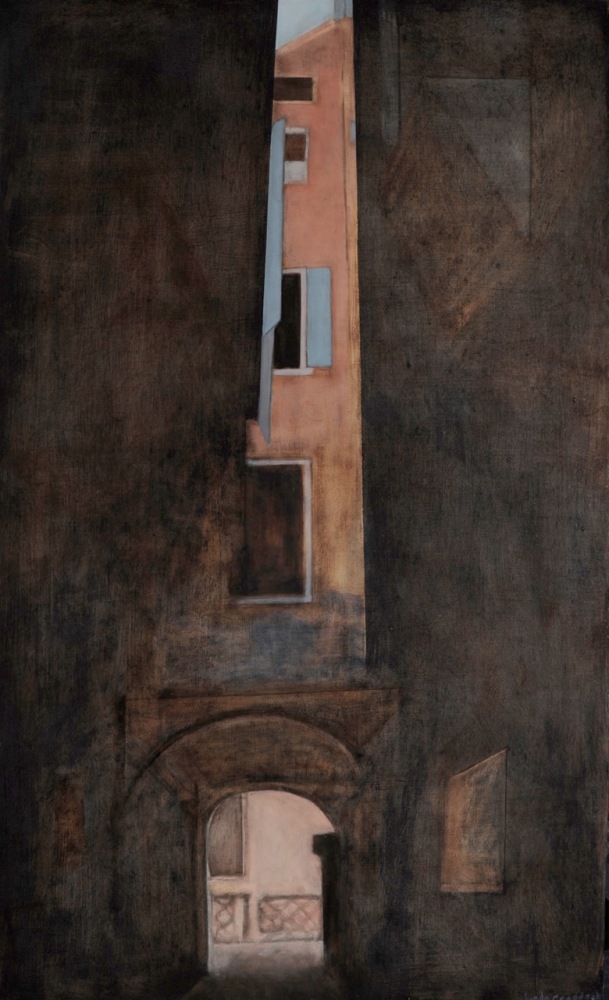 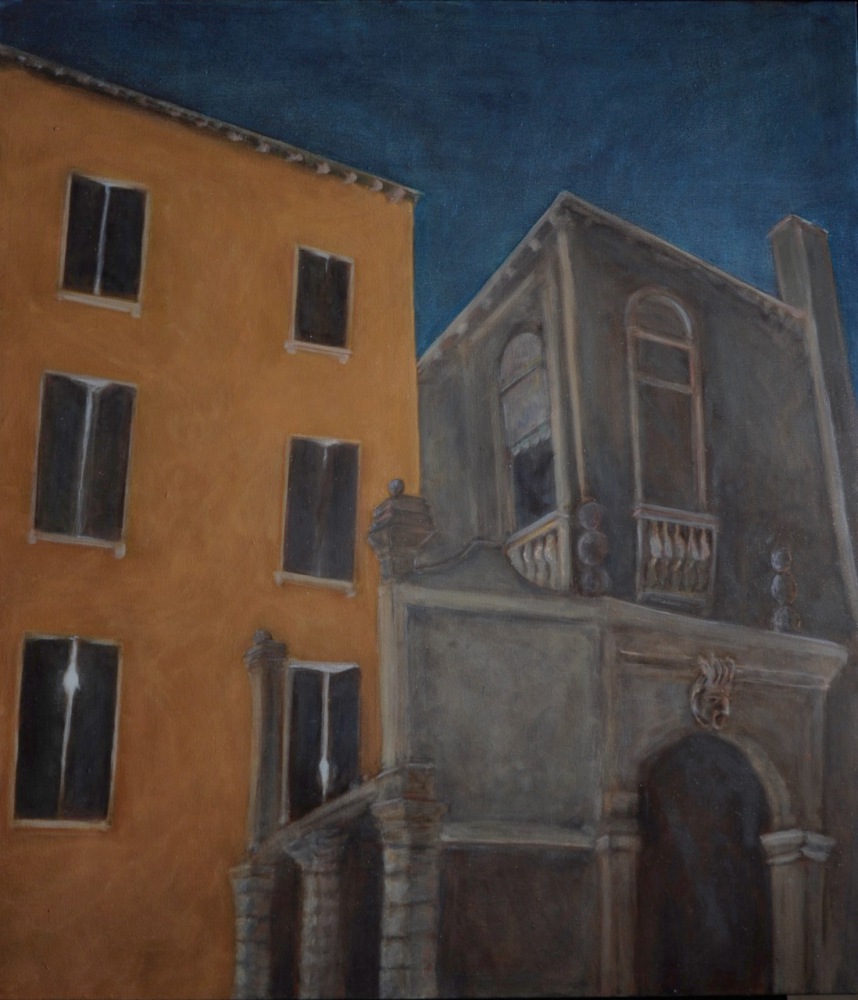 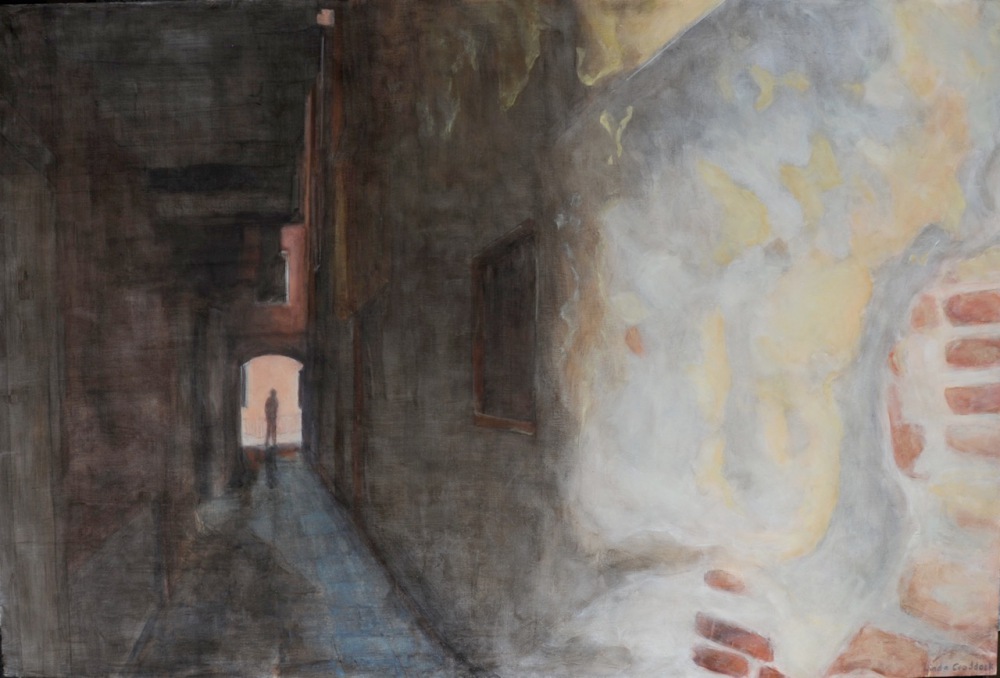 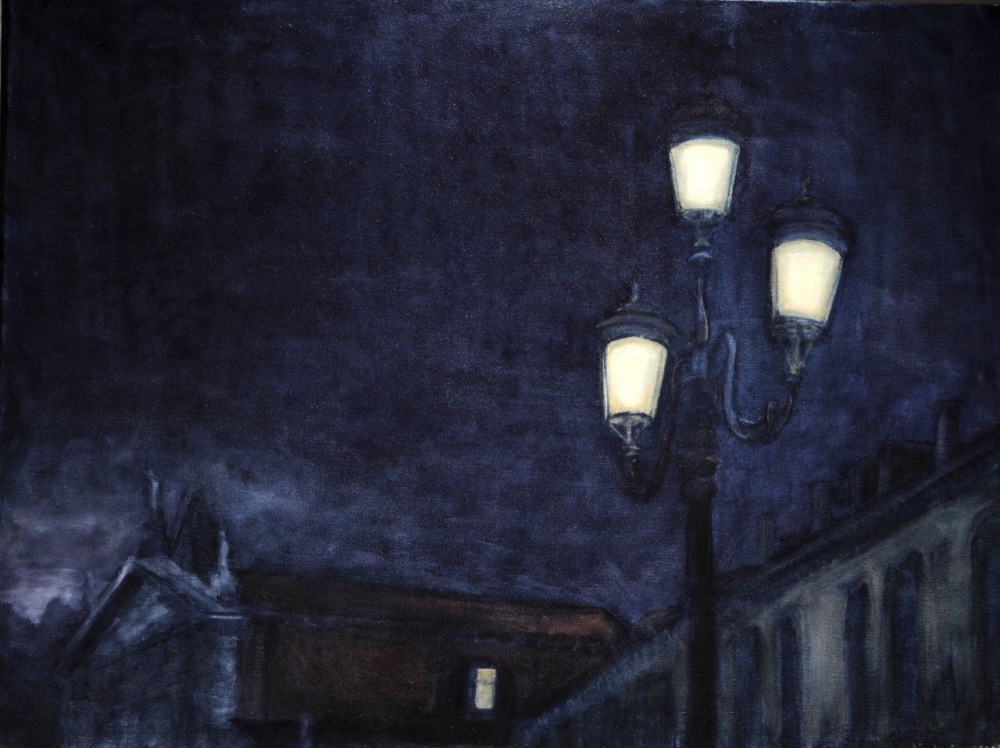 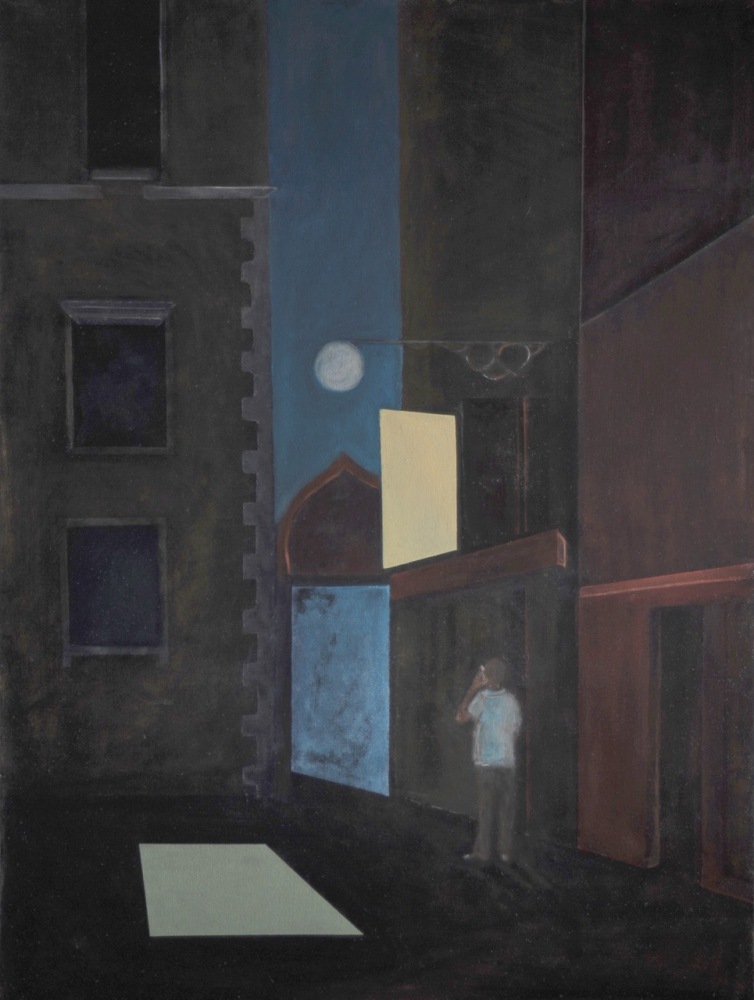 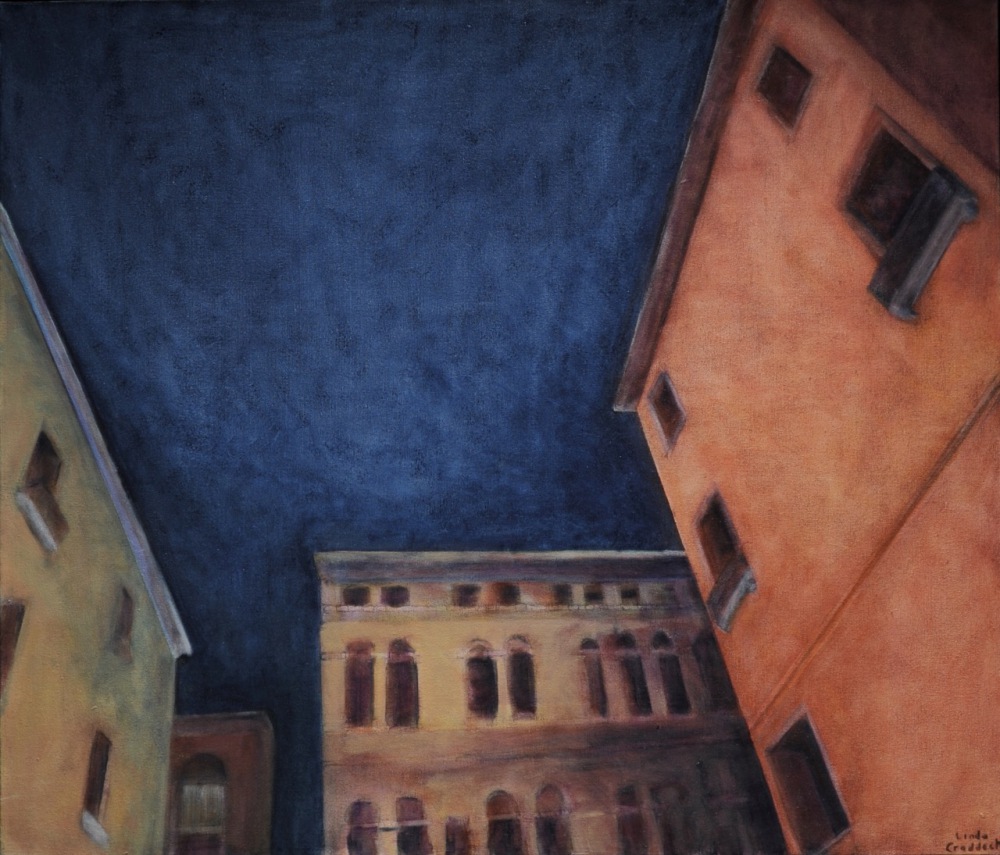 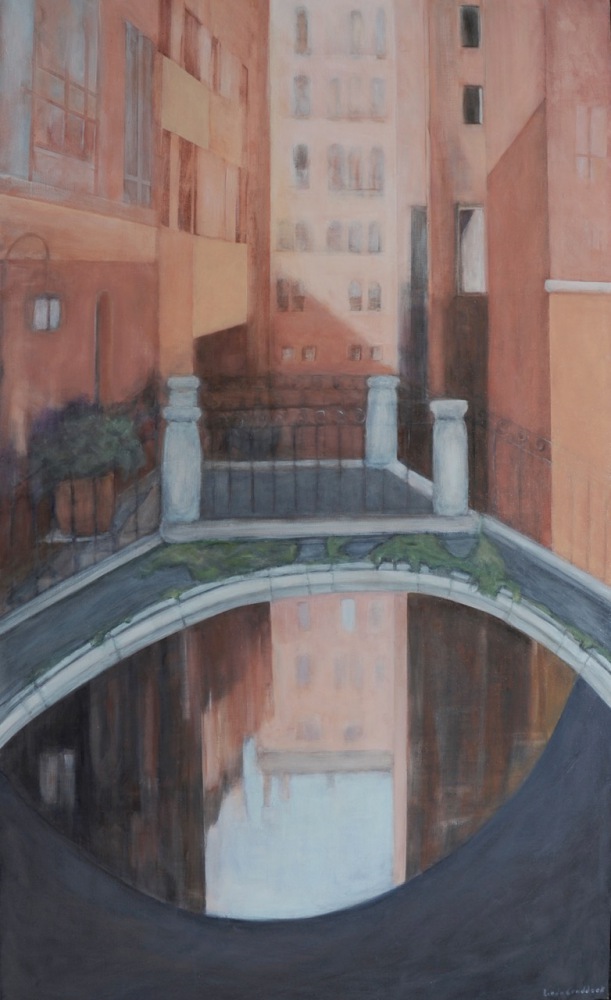 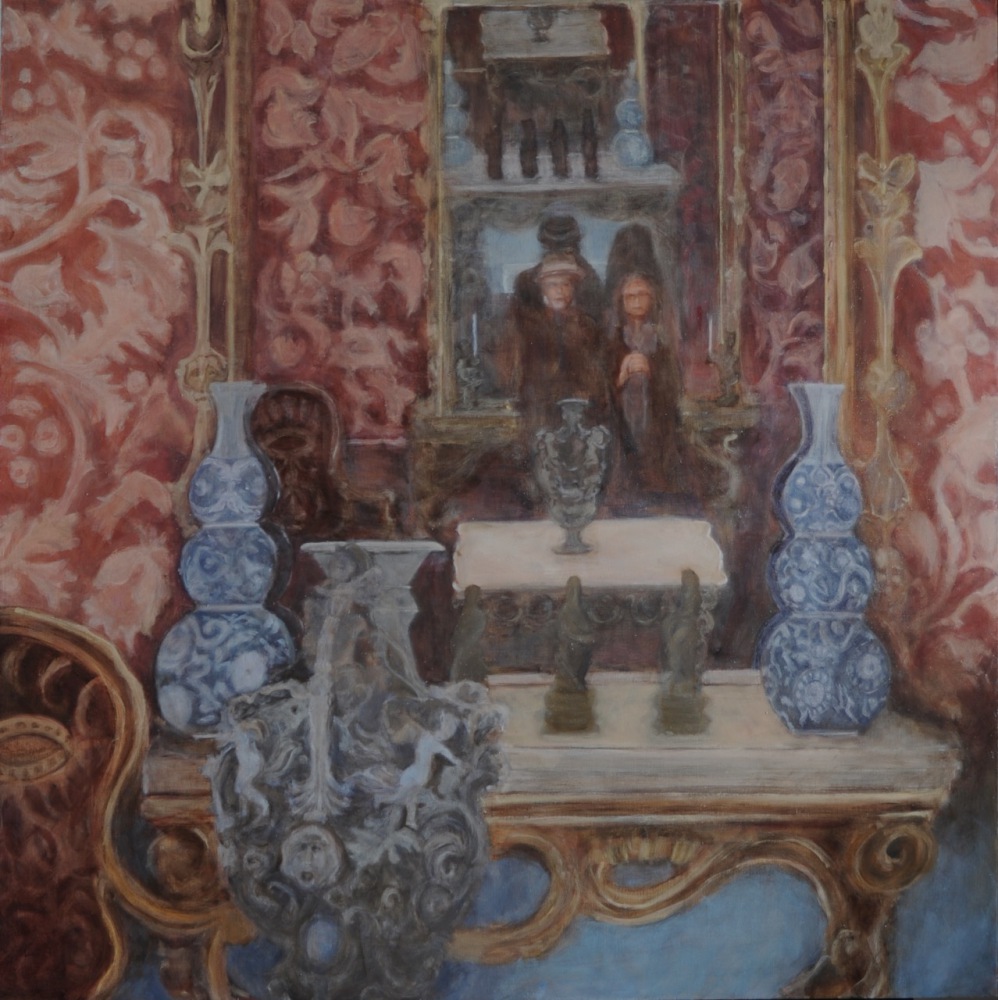 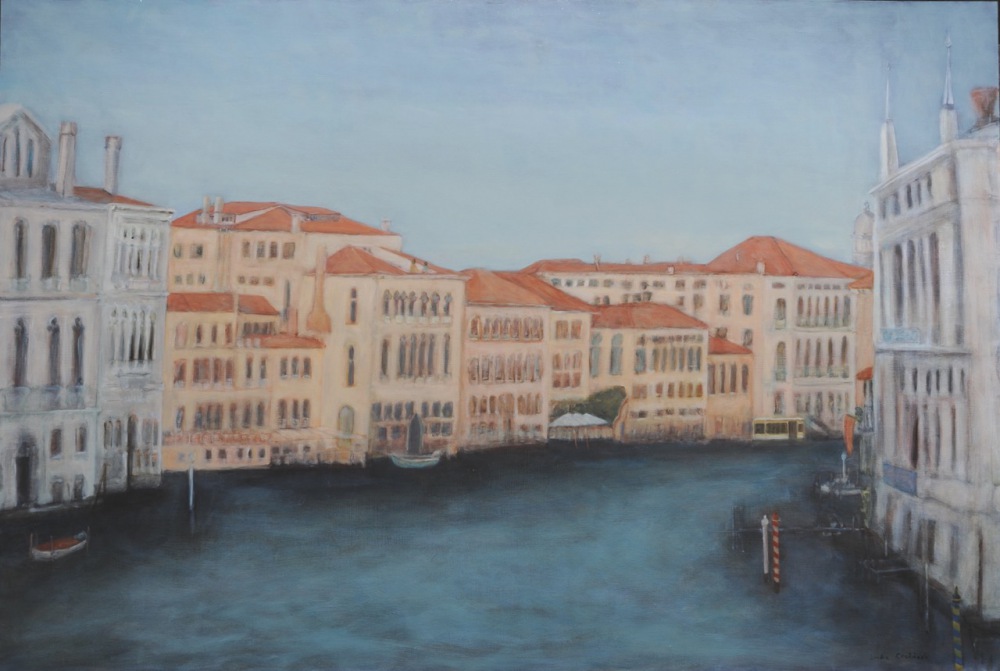 Venice was built over a stone foundation that teeters on stilts of ancient wood. The city is comprised of 118 small islands, joined by hundreds of bridges over 150 canals that wind and twist into a complexity that has no pattern. Every alley, underpass, walkway and bridge has been compromised over centuries by rising tides, known locally as acqua alta.

I walk through Gothic archways into covered passageways. Palace walls of brick-and-mortar crumble on either side. Iron straps and heavy beams of ancient wood jut out over my head, casting the alleyway into near darkness. I am lost.

Every visitor has been lost in Venice at least once. Historically a city of both commerce and festivity, Venice thrives on outsiders, at one time for trade and now primarily for tourism. For hundreds of years, visiting writers and artists have documented an often darkly romantic vision of Venice.

Winter is coming. A stairwell drops into the water and an ornate iron gate braces against the last slippery marred stone. Evidence of acqua alta. San Marco Square is laced with platforms for the few remaining tourists who want to access the Museo Correr or the Doges Palace. We visit the palace. Inside, I captured a reflection of Peter, my partner and myself. Our diminished figures are surrounded by opulent furnishings and framed by an ornate mirror of Venetian glass.

Night drops and the calles are nearly empty of tourists. A dog sniffs at an ancient, worn stone doorway and his master ignores my stare. His late evening walk was planned precisely to avoid such gawking, but I am curious about the Venetian denizens and paint them both.

Streetlamps barely illuminate the Campo Pisani but the strings of light that lace the restaurant canopy saturate the Venetian red and golden yellow walls of Palazzo Morosini, Palazzo Pisani and other more dilapidated structures. The buildings lean together against a Payne’s grey and ultramarine sky. I paint all of that. The emptiness.

I paint Chiesa di San Vidal where we’d enjoyed a Vivaldi concert earlier in the evening. I paint its disintegrating marble figures silhouetted against a cloudy dark sky and the soft golden light of streetlamps.

On our last evening we walk through Campo San Maurizio where in an unlit corner, a man talking on his telefoninostares up into darkness. I paint floating geometric shapes as though refracted light has been revealed from some unknown source. I create an opening where there was none, as though his communication is something of the transcendent.

Not long after we leave, most of Venice is submerged by acqua alta – the highest tide in 50 years.  Ground floors of hotels, restaurants and homes are damaged. All memory flows through the canals, watermarked along disintegrating stone and beams. Venice cannot hide its melancholy under spellbound tourists who like myself were lost in Venice. The sea dictates the fate of this beloved and decaying city.