“The experience of levitation exists in our dreams and all dreams are based upon our past experiences. A desire to be “free” or to transcend the bounds of gravity also results in our spiritual aspirations and changes the shape of our memories.” 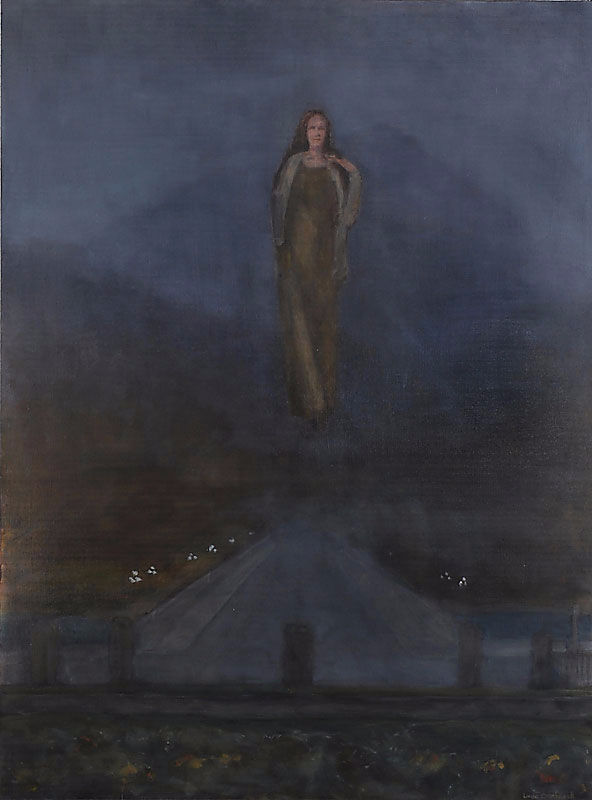 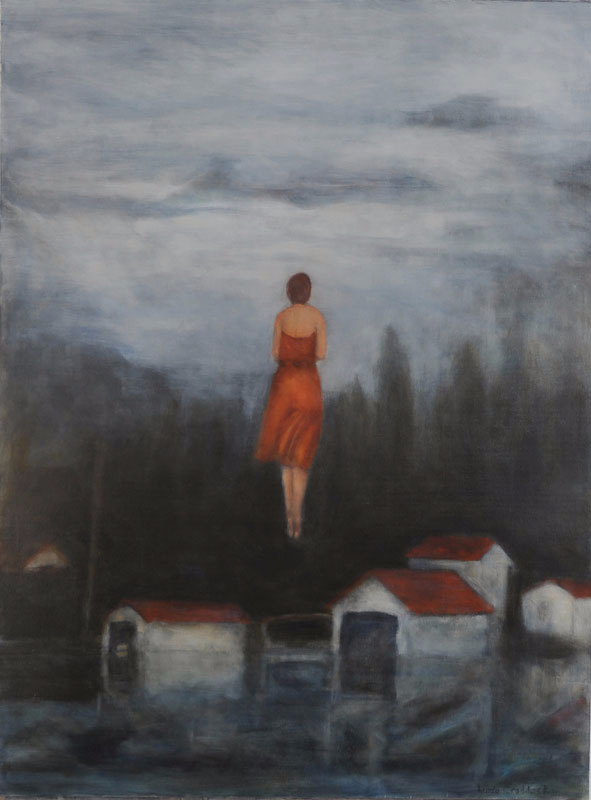 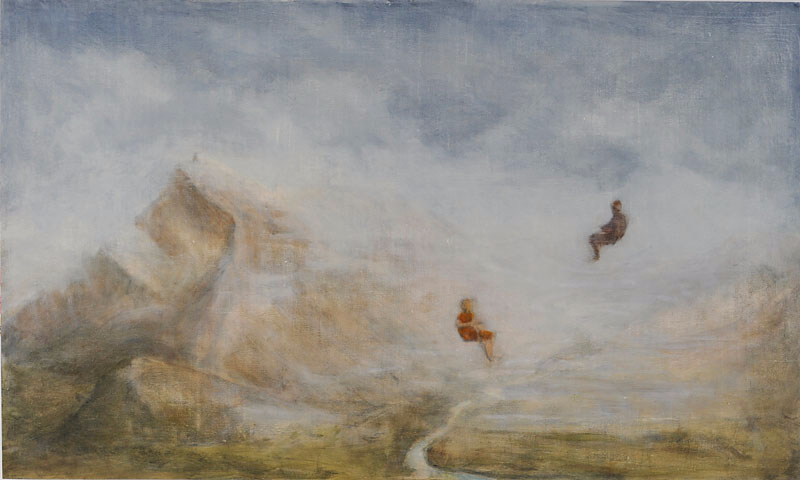 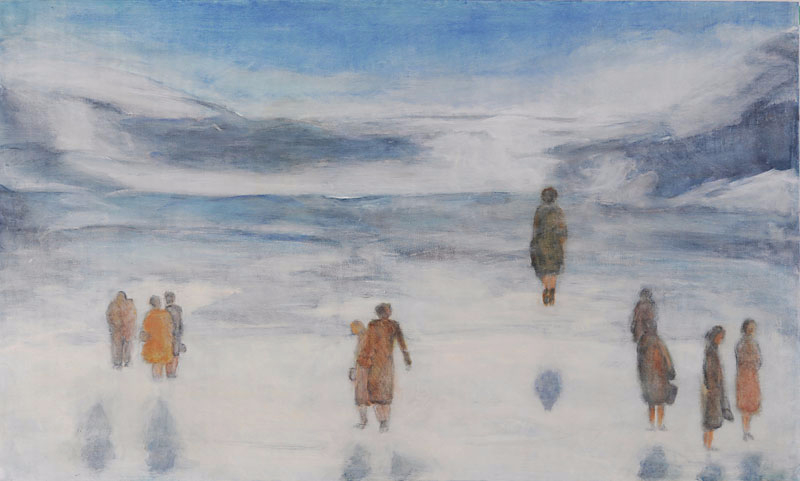 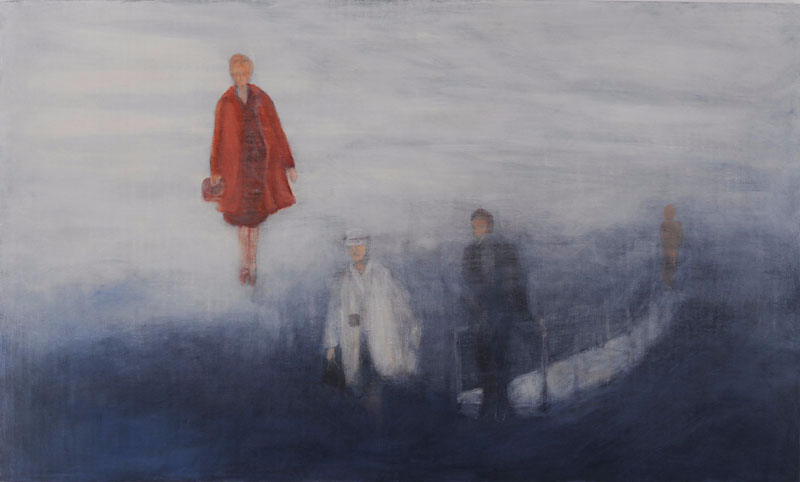 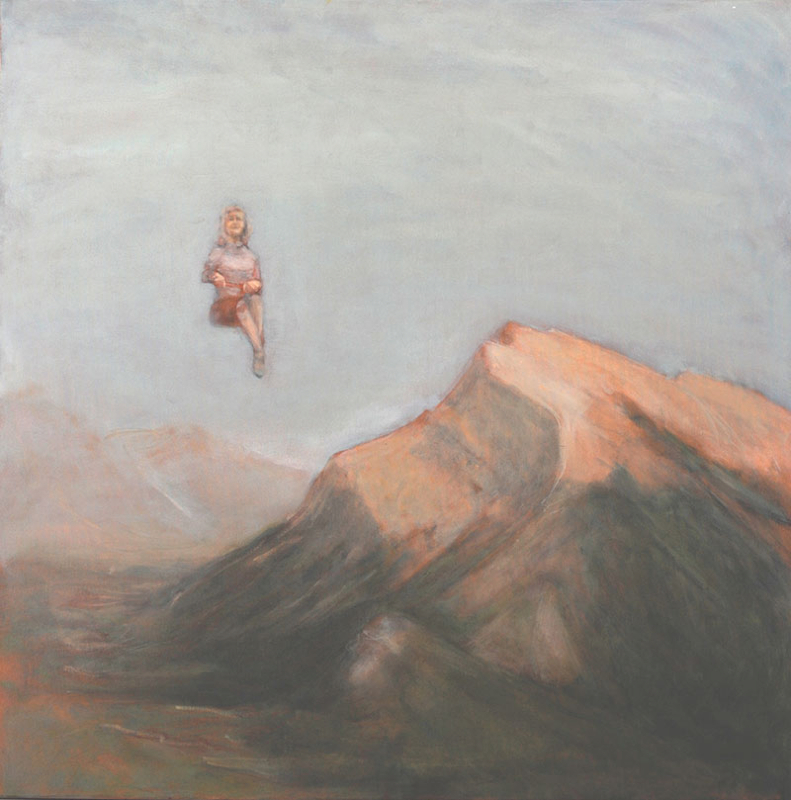 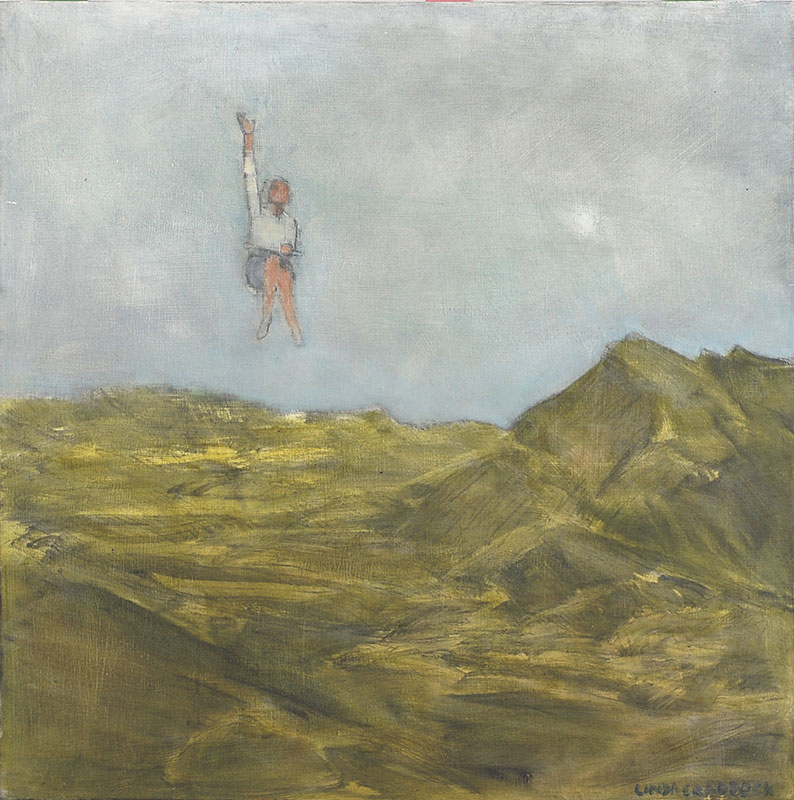 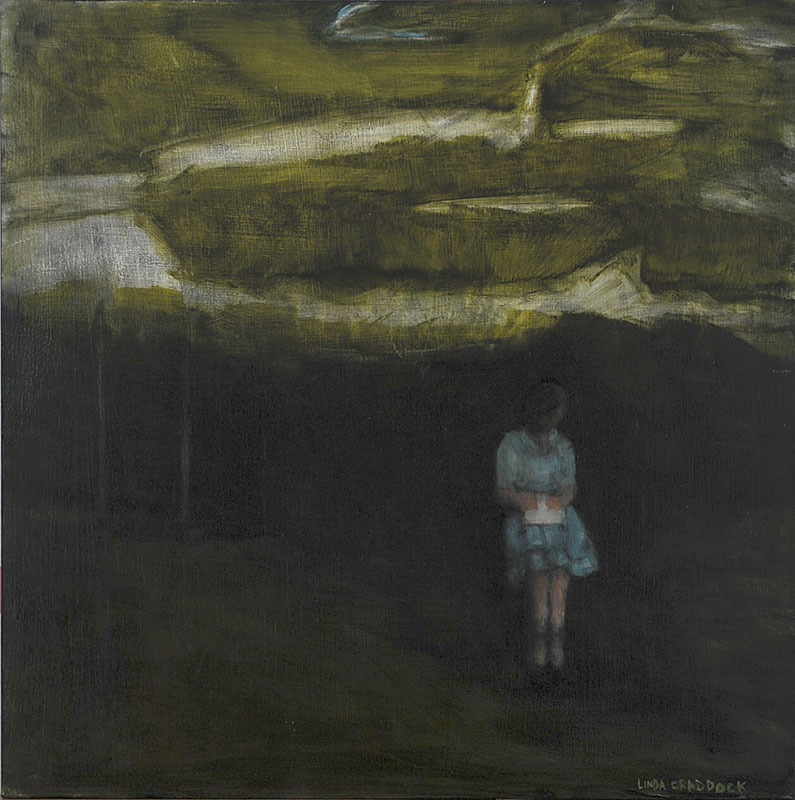 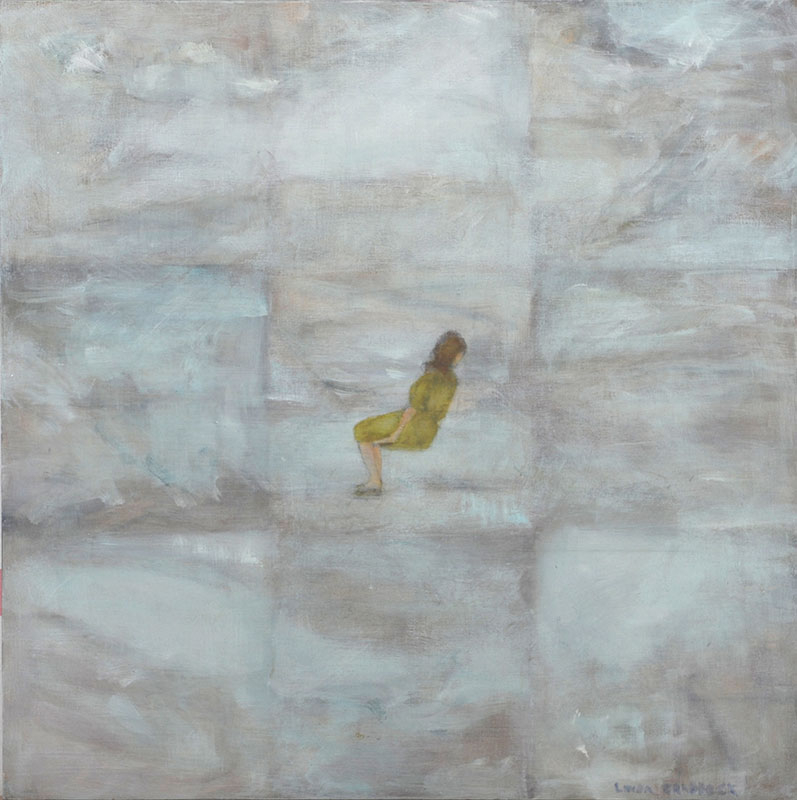 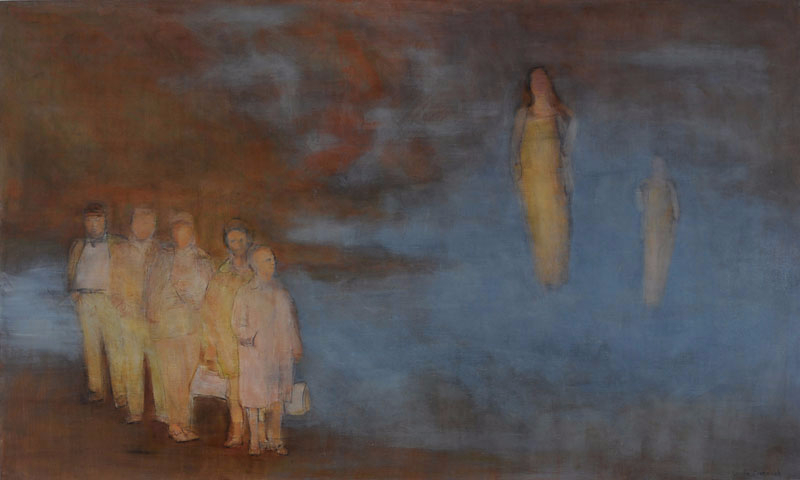 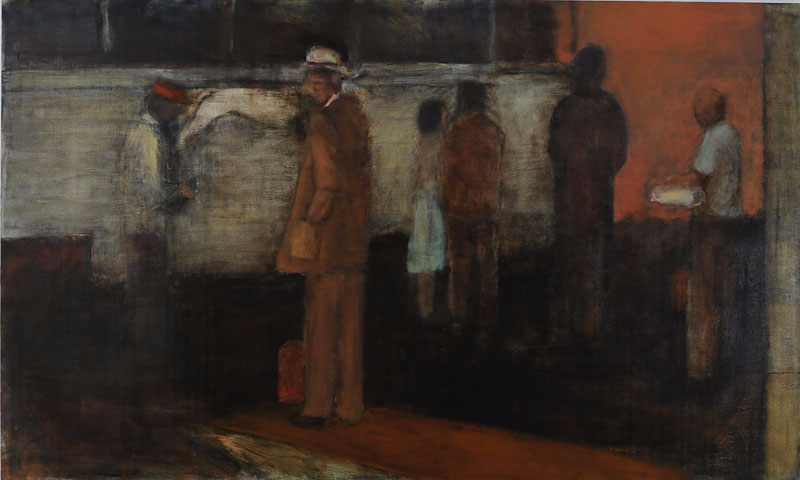 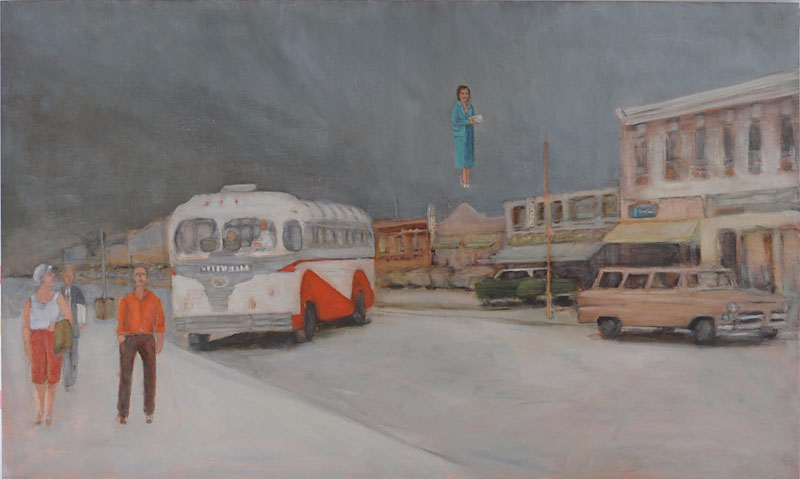 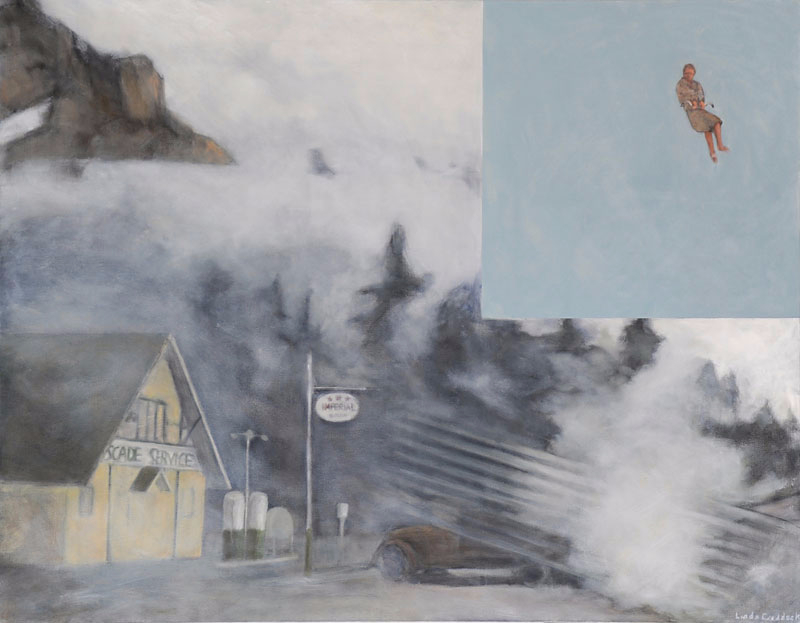 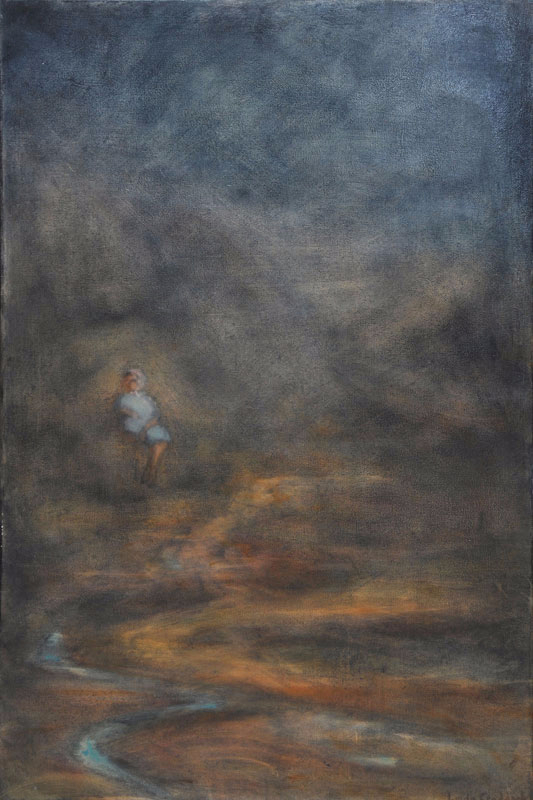 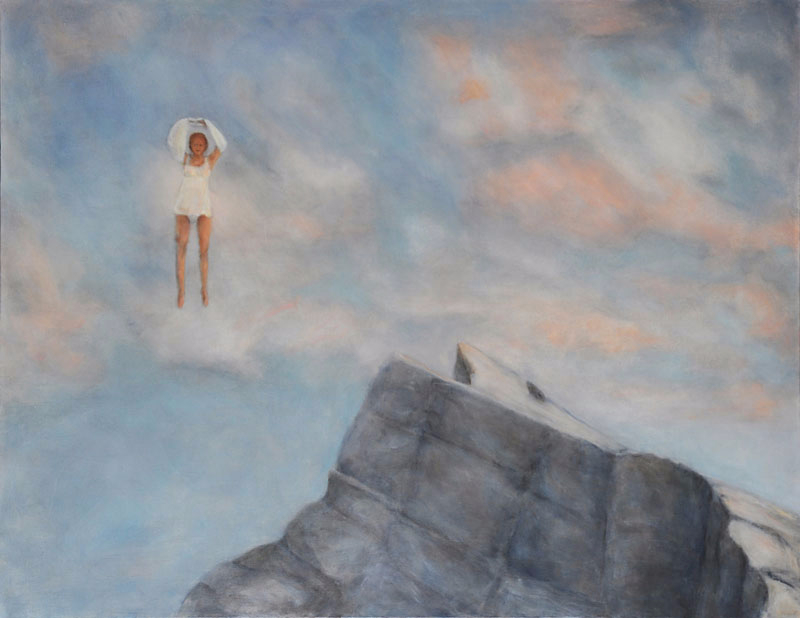 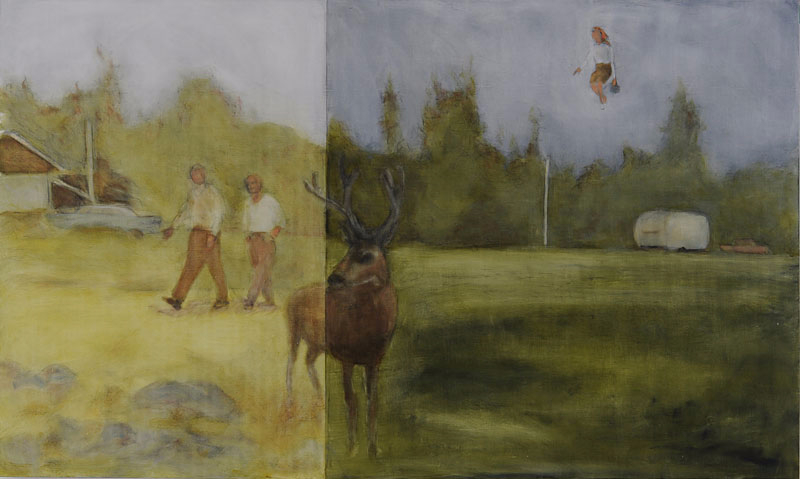 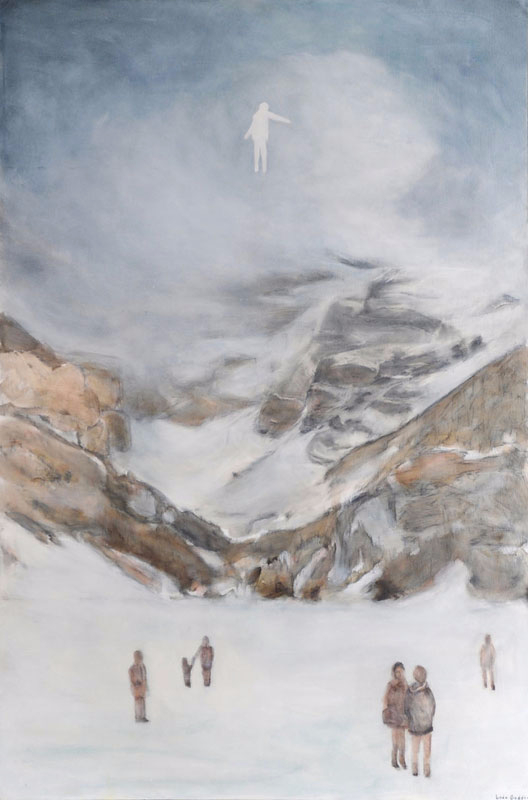 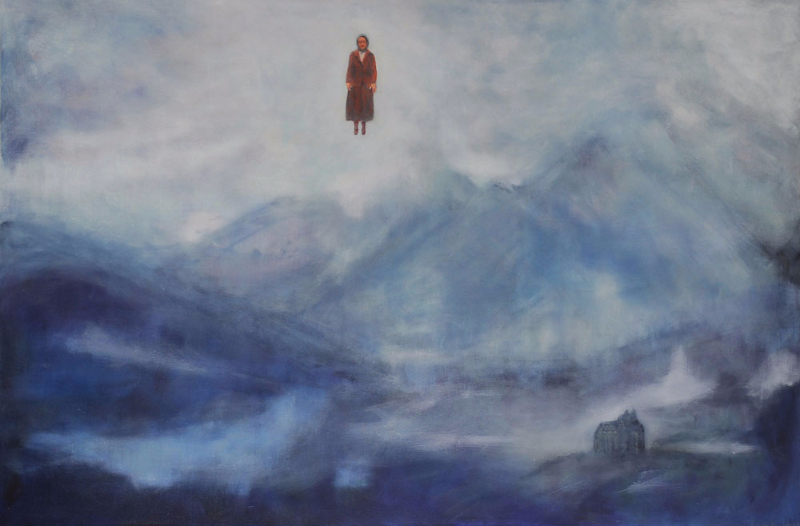 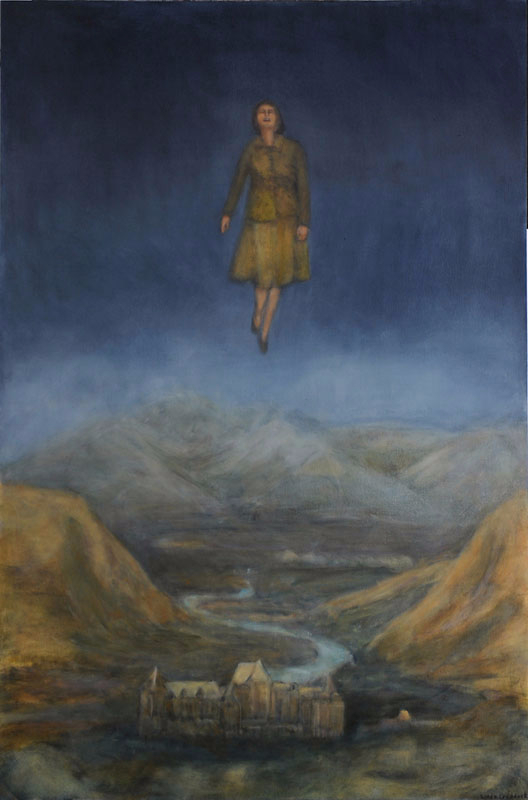 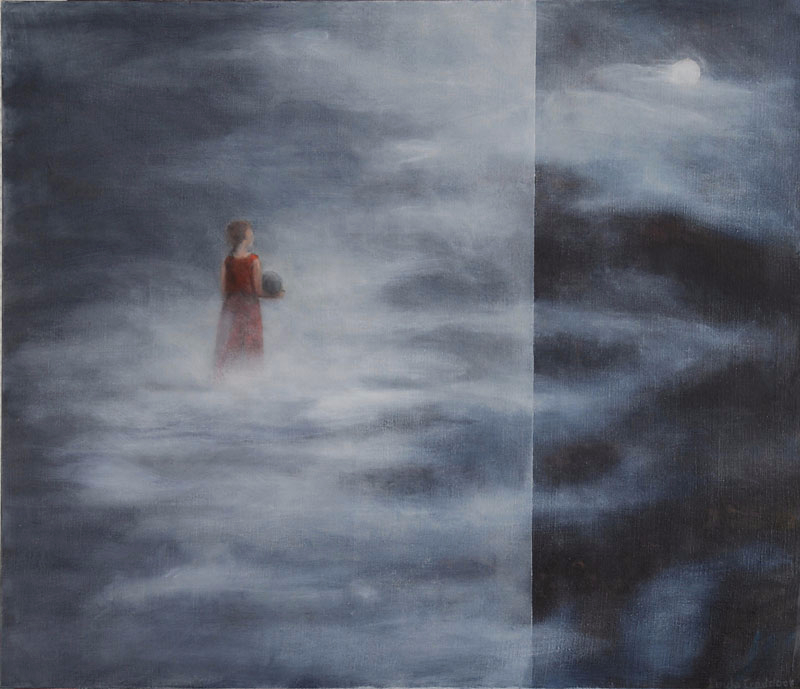 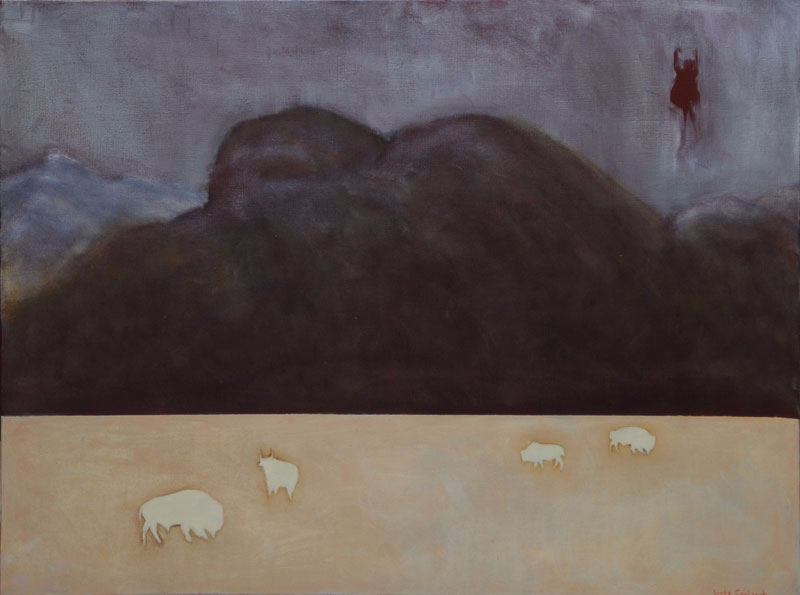 I have a heartfelt appreciation of our Canadian Rockies and in particular, Banff National Park and its position within the collective psyche of all Canadians.

Initially, I chose to reference the popular Gondola rides that carried tourists to the summit of Sulfur Mountain and Mount Norquay. I ventured back in time to the open chair gondola that existed in the 1950’s. I drew a female form being mechanically lifted but decided to erase the wires that held the chair, and then I erased the chair, as there was no need to depict the device itself. She ascended, unrestrained. At that moment, my exploration took on an added dimension.

The Gondola is a wonderful metaphor for the spiritual process of “Ascension.” Such aspiration demands an upward force, a motivation to counteract the gravity of life, and here the force is simply that of volition. The downward force of gravity is referenced in the mass provided by the imagery of mountains. The mountain ranges surround and protect, as does the boundary of the National Park itself. Somehow the Park boundary offers me the security I need to anticipate ascension. As in a lucid dream, all is possible unless a sharp sound or a freakish action interrupts. I require that protected space to both slip through time and to ascend.

A figure appears midair wearing a summer dress with a scarf tied around her head, her purse rests on her lap.

A man in a suit walks along Banff Avenue while a woman, my aunt circa 1940 rises overhead. Buildings that have been torn down return. Cars and buses reflect the 1950’s.

I drift away in the mist over the lake observed by my grandmother, who perhaps sees her own image and not me, floating.

I ascend over Banff Avenue, a Madonna emboldened by the surety of youth.

My mother as a young woman rises high over Mt Rundle, her sweater halfway on as the late sun falls. She poses in a fine suit dress, falling backward in laughter as she lifts herself high above the Banff Springs Hotel.

A woman I don’t know sits on a bicycle and leans on the handle without the bike.   She looks down at Cascade Service Station. She has been, it appears, lifted by an event, an explosion of sunlit fog. It looks like 1939.

I spend weeks planning each painting. I choose a location and then I ponder: Who will rise to the occasion, rise to the top, rise to avoid, rise to transcend? Does she rise to escape or to discover? I wait for someone to appear. My mother, my aunt, grandmother, a stranger. Myself. Only one painting depicts a man who passes by me, midair.

I transcend the everyday to explore this inner world of time passing and people returning. It has always been this way for me. Maybe I want only to rise above the confusion of my dyslexic brain and the drama and trauma life brings. It is no easy task, to transcend, unless I want it to be.